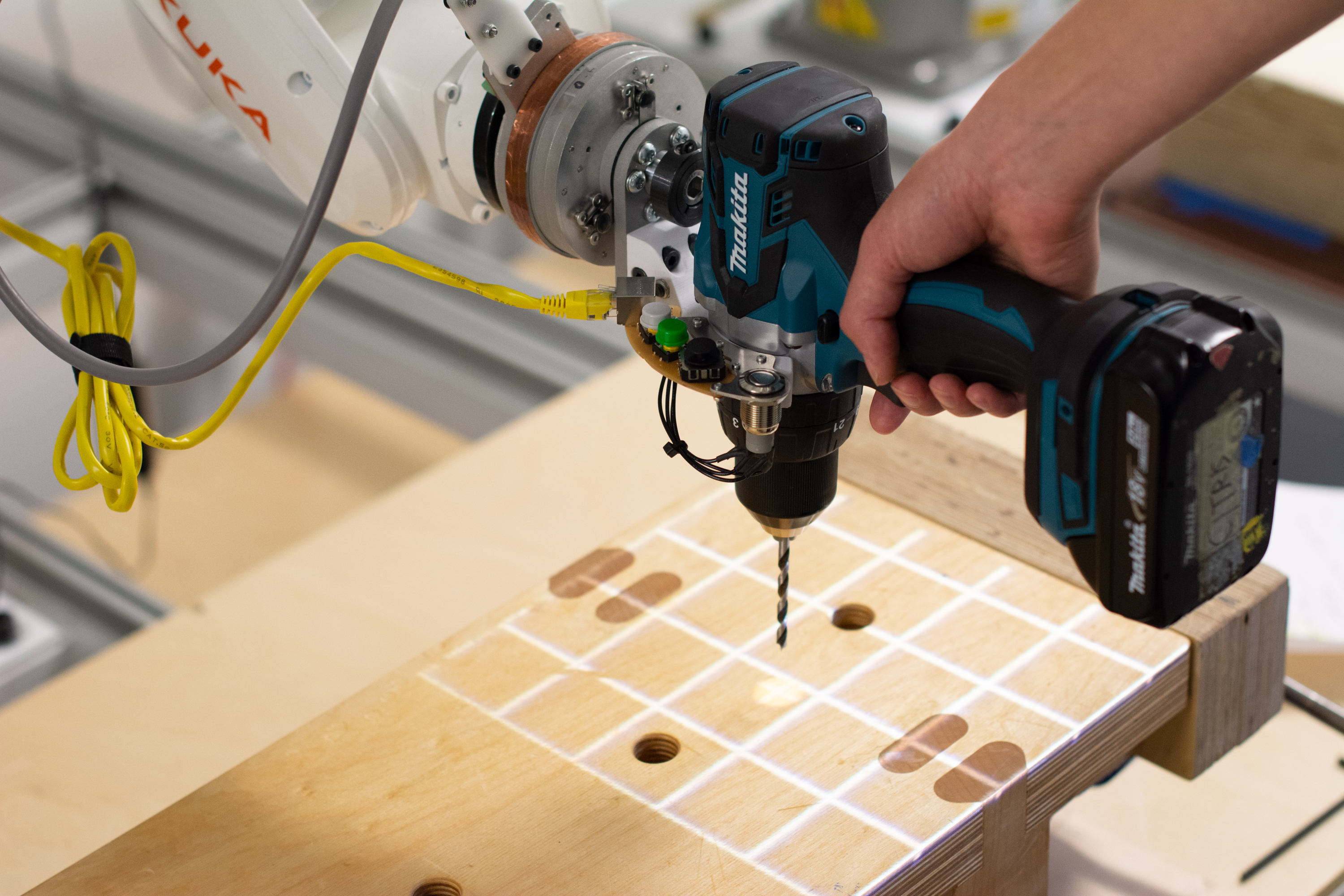 Adroid enables users to borrow precision and accuracy from a robotic arm when using hand-held tools. When a tool is mounted to the robot, the user can hold and move the tool directly — Adroid measures the user’s applied forces and commands the robot to move in response. Depending on the tool and scenario, Adroid can selectively restrict certain motions. In the resulting interaction, the robot acts like a virtual “jig” which constrains the tool’s motion; augmenting the user’s accuracy, technique, and strength, while not diminishing their agency during open-ended fabrication tasks. We complement these hands-on interactions with projected augmented reality for visual feedback about the state of the system. We show how tools augmented by Adroid can support hands-on making and discuss how it can be configured to support other tasks within and beyond fabrication.

Publication
Adroid: Augmenting Hands-on Making with a Collaborative Robot, In the Proceedings of the 34th Annual ACM Symposium on User Interface Software and Technology